Time of celebration in District 7600!

Having broken three giving records … per capita, annual fund, and total giving, the district is up for a celebration next Thursday night on November 9th at the Colonial Heritage Golf Club at our annual Foundation Awards Banquet.  We really hope you are among the Rotarians planning of sharing in the celebration.

Waging peace … an area of focus.

A number of District 7600 Rotarians joined Rotarians from our neighboring District 7610, at a Peace Conference in Fredericksburg last week.  Among the speakers was Pat Schafer whom many of us met and learned from at the District Conference in September.  Pat shared, again, the message about building structural environments for peace and conflict resolution.  She was joined by some remarkable Rotary Peace Scholars, who though young, were already well educated, well traveled, and already committed to building a more peaceful world in their own realms of endeavor. 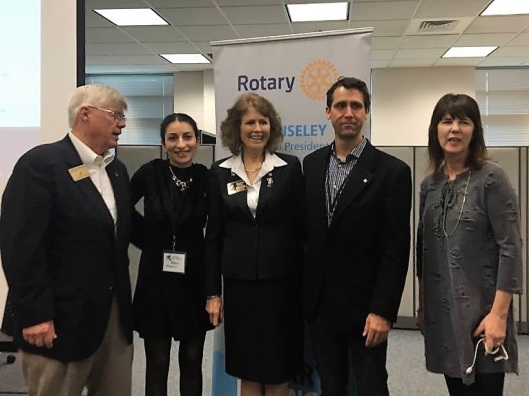 Matt Ford is an analyst with the World Bank and is learning how income disparity, low national Gross National Product, and climate change contribute to conflict.  Reem Ghunaim is the Executive Director of the Rotarian Action Group for Peace based in Portland Oregon.  Reem is originally from Palestine and Matt is from Australia and both are Peace Scholars from the Duke-UNC Peace Center.

The conference was inspiring, informative, and challenging.  Building peace is hard work.  You can learn more about the roles Rotarians can play in waging peace by joining the Rotary Action Group for Peace at www.rotarianactiongroupforpeace.org 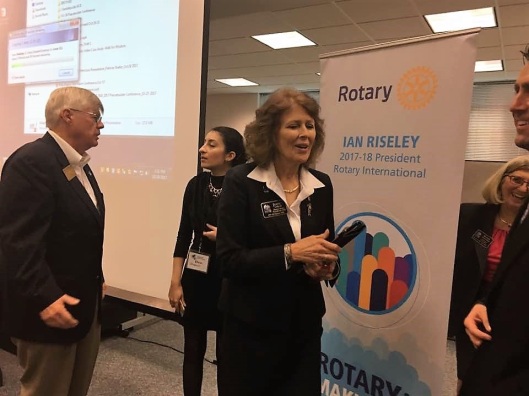